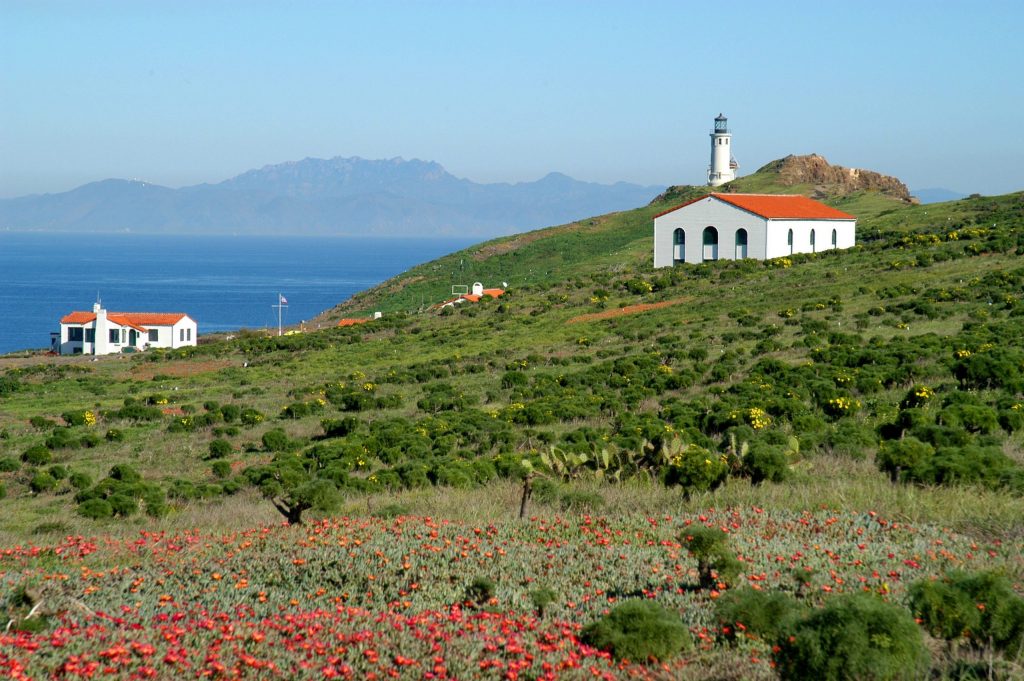 Just off the coast of Southern California lies the US National Park that encompasses an archipelago of islands in the Pacific – the Channel Islands National Park and Marine Sanctuary. With fascinating geologic history and amazing wildlife, the island chain spans over 160 miles of ocean delivering the opportunity to experience the majestic nature of land, sea and sky. Rich in sea life, home to whales and six species of sea lions and including the largest pelican rookery in California and the largest western gull rookery in the world, you may be surprised at what you encounter. This adventure delivers full day sails, nightly anchorages, and dramatic vistas. Welcome to the Channel Islands.

Day 1 – Marina del Rey to Paradise Cove, Malibu
The start of this adventure begins at Marina del Rey Harbor, just a short cab ride from LAX. Checkin is 7:00 AM at Bluewater Sailing, 13505 Bali Way, Marina del Rey, (310) 823-5545. You’ll be greeted at the Bluewater office by your voyage captain and the Bluewater staff where you’ll complete some quick paperwork and load your gear aboard the boat. Departure time is 9:00 AM. From there you’ll sail north across Santa Monica Bay to your evening anchorage at Paradise Cove. Enjoy dinner at anchor under the stars.

Day 2 – Paradise Cove, passing Anacapa to Smuggler’s Cove, Santa Cruz
Another great day of sailing ahead! You’ll depart Paradise Cove at sunrise and head west to Anacapa. There you’ll pass the iconic natural bridge, Arch Rock – the symbol of the Channel Islands National Park. Heading further west passing along the north side of Anacapa, the hills of Santa Cruz come into focus. Once past the western tip of Anacapa, it’s just a 5 mile passage to your anchorage for the night at Smuggler’s Cove.

Day 3 –  Smuggler’s Cove to Prisoners Harbor, Santa Cruz Shore Excursion
A half day’s sail up and around San Pedro Point on the east end of Santa Cruz brings you to your anchorage at Prisoner’s Harbor. If conditions permit, you may be able to head to shore for a short hike up Navy Road for a picnic and great panoramic views. Dinner is aboard this evening in this protected anchorage.

Day 4 –  Prisoners Harbor Shore Excursions or Passage to Channel Islands Harbor
Depending upon the interests of the group, another day can be planned to stay and enjoy the Channel Islands National Park ashore, or to go snorkeling off the beach in the protected waters of the Marine Sanctuary. (Bring your snorkeling gear and wetsuit!) Or if you’re ready for another port of call, you can depart Prisoners after breakfast and head north east for a day’s sail to the Channel Islands Harbor. There you’ll tuck into a slip for the night and step ashore for dinner at the super fun Toppers Pizza or delicious Sea Fresh. A memorable event to close out the cruise.

Day 5 – Channel Islands to Marina del Rey
You’ll depart at first light (or before) and head south east along Point Mugu State Park for lunch underway as you round Point Dume. After lunch you’ll make your crossing through Santa Monica Bay to return to the dock in Marina del Rey by 5:00 PM. Though it’s time to say goodbye to awesome friends and good times you can always start planning the next trip!

What Does the Price of My Voyage Include?

The following services are not included in the voyage price:

Our Catalina 36 is part of the highly popular Catalina family of sail boats designed and built for cruising. Bluewater has extended the rig to include new chart plotting, navigation instruments, new communications, new canvas dodger and bimini, a nifty single line reefing system, cabin lighting, and much more.

Below decks there’s living and dining space for up to 6 guests plus the captain. The galley has a two burner propane stove, a large ice box, and plenty of storage. Both the galley and the head have pressurized hot and cold running water. And each stateroom has individual private lighting and portholes for ventilation.

You’ll find the Catalina 36 a pleasure to sail. The main is easy to raise and lower, and the jib is easily managed on a roller furler. All sheets lead aft to a spacious cockpit for easy trimming.

The Channel Islands are comprised of an eight-island archipelago in the Pacific Ocean along the Santa Barbara Channel off the coast of Santa Barbara and Southern California. The northern Channel Islands, beginning with Anacapa, lie approximately 45 miles west of Marina del Rey. From end to end the chain extends over 160 miles of ocean. Five of the islands, Anacapa, Santa Cruz, Santa Rosa, San Miguel and Santa Barbara, are part of the Channel Islands National Park with the waters surrounding them out to six nautical miles making up the Channel Islands National Marine Sanctuary administered by NOAA. The sanctuary spans an area of 1,470 square miles and is home to a diverse array of marine species, including whales. It also provides protection to more than 150 historic shipwrecks and is a place of important cultural significance for the Chumash people.

As for all of Southern California, the Channel Islands have a Mediterranean-type climate with winter months colder and wetter, and summers warmer and dry. 95% of the rainfall in the Channel Islands occurs between November and April. Average January temperatures range from 53 to 59° F, July ranges from 62 to 70° F. Weather conditions are generally driven by winds off the Pacific that bring cool humid air and frequent fog. Winds in the Channel Islands are primarily west-northwest increasing during daylight hours and then shifting to east-northeast at night. When weather moves through, winds can often reach 25 to 30 knots with the resulting rise in wave height. Tidal range is from 0 to 6 feet with currents generally running with the westerly Pacific swell. Annual water temperature reaches its low in January ranging from 50-52° F, and highs for the year are in August ranging from 61-66° F.

The Channel Islands are within the waters of the United States. Anacapa lies within Ventura County and Santa Cruz lies within Santa Barbara County, California. No passports are required for US citizens.

The US Dollar is the currency, however, there are no services on the Channel Islands within the marine sanctuary. Credit cards are widely accepted in Ventura Harbor and Channel Islands Harbor if those harbors are visited.

The language is English.

Day in the Life 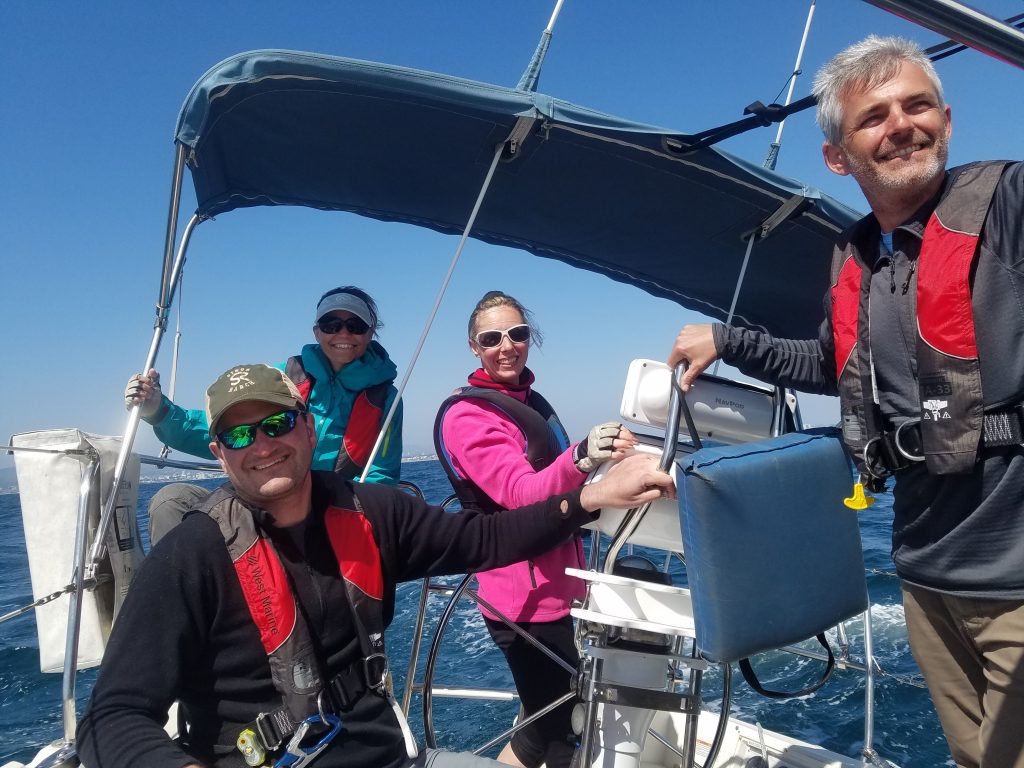 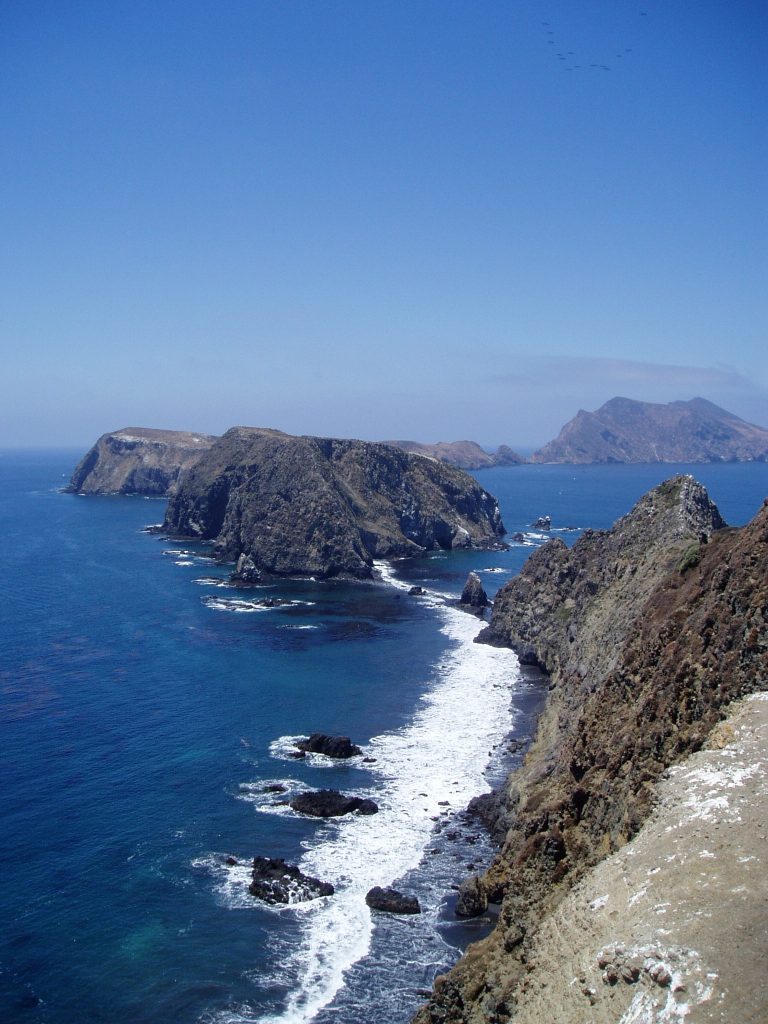 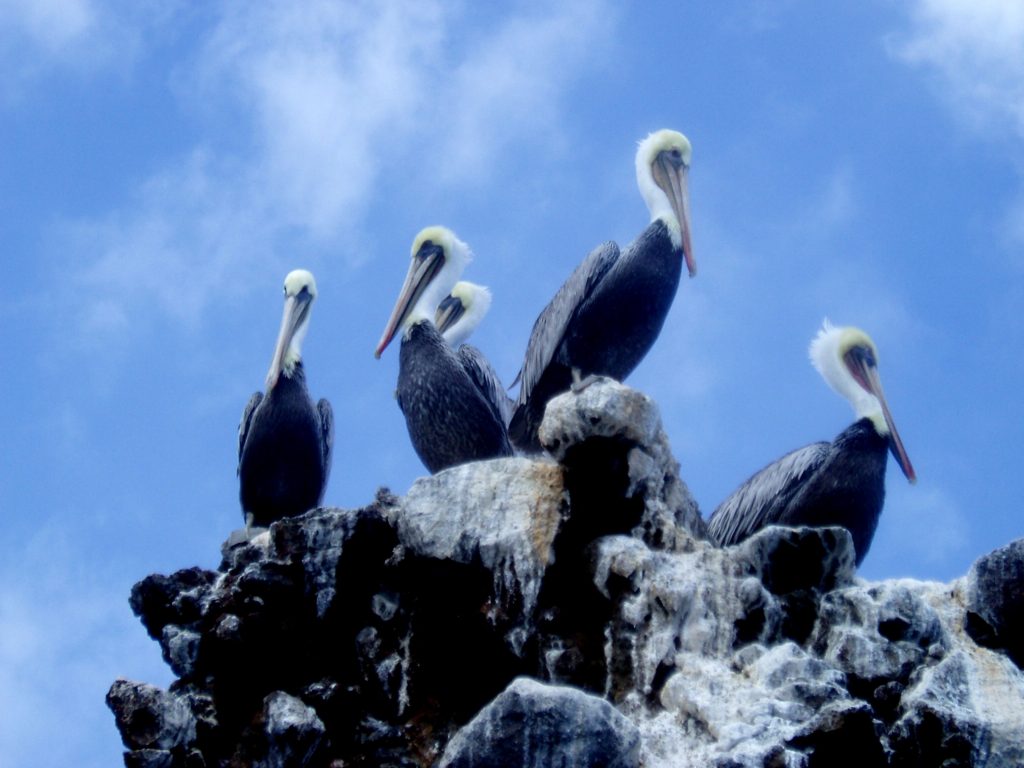 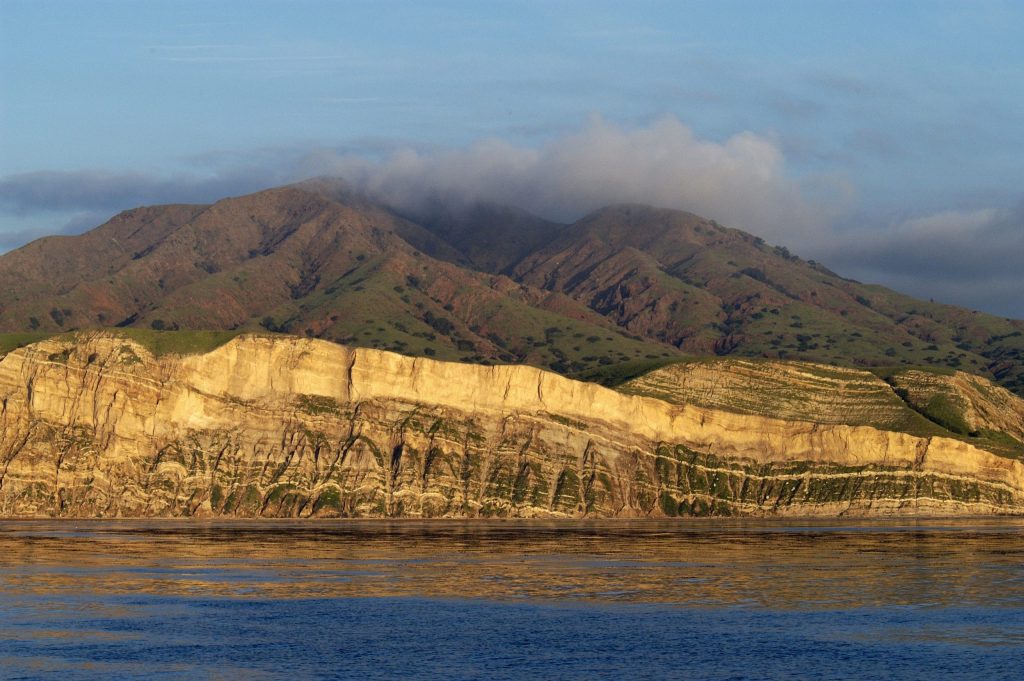 Jump to other destinations

We use cookies to ensure that we give you the best experience on our website. To allow us to provide you with a more tailored experience please click "Ok." Thank you. Ok